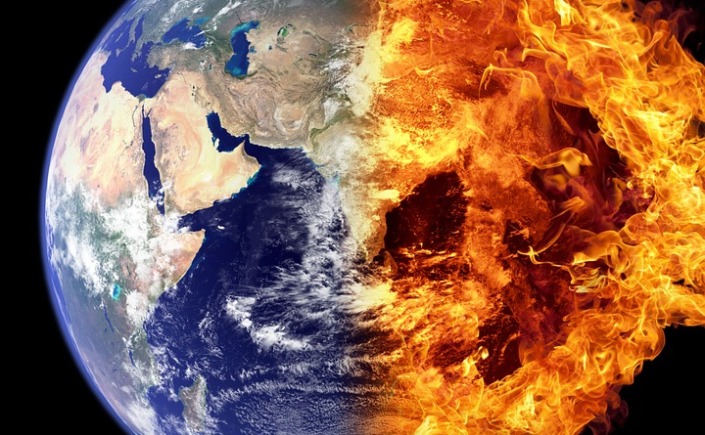 Many of the writings on my blog are of a lighthearted and whimsical nature. However, in The Meltdown Essays, I’m going to explore something darker.

These essays, written in the era of runaway carbon emissions, will be devoted to exploring a regrettable yet realistic prediction: that if the vested commercial and political interests (who profit from the status quo) continue to actively derail measures to tackle carbon emissions, they will create a vacuum into which violence will emerge as an inevitable tool of climate advocates within the next 25 years. I won’t be advancing the notion that such violence would be justified, moral or in any way effective, though I welcome your opinions and thoughts on this. Meltdown will simply be proposing that conditions are being created that could make this violence inevitable.

I’d like to also clarify that these essays won’t rehash the science of human induced climate change, nor will they attempt to explain the moral imperative for action: these positions are already clear and beyond dispute.  Instead, in reaching my prediction, I will elaborate on the following broad points in the coming essays:

These are my predictions and thoughts for the future based on an interpretation of the current factual evidence, historical precedent and on the insight of notable thinkers. I hope readers will share their observations, knowledge, experience, criticisms and personal opinion with me. Links provided to articles or websites shouldn’t be interpreted as agreement or approval of such organisations, but will hopefully spark continued debate and constructive dialogue.

In Meltdown 2: Violence already happening, I discuss the pivotal fact that violence is already a huge part of the climate change problem as this flavors much of the argument thereafter. Follow the drop down menu on “Meltdown Essays” above to find the next essay in the series. Until then keep smiling.

For more on my background and other writing press here.

Finally, please follow my blog to be kept up to speed with the latest posts.

2 thoughts on “Meltdown 1: Will violence become a tool of climate advocates?”