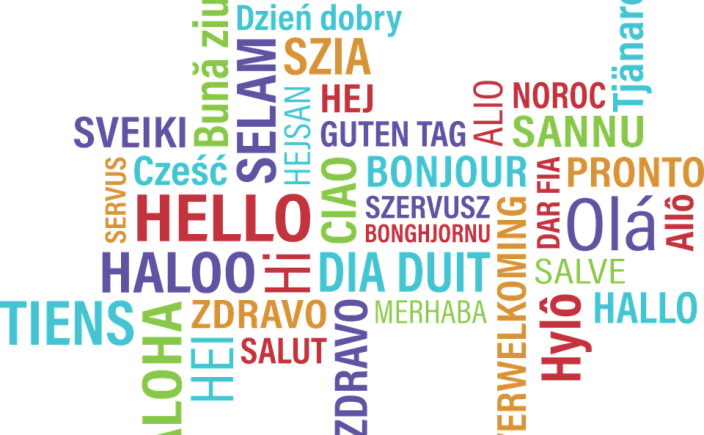 As Published on The Journal.ie in August 2014

WE NEED TO look at the real reasons why we “can’t speak Irish after 14 years”, instead of blaming everyone and everything else.

When it came to the Irish language, I thought it was a waste of time. Like others, I suffered for 14 years complaining and moaning about it. Despite a weak pass in the Leaving, I later made an effort to become fluent. Relearning Irish has given me a fresh viewpoint on my former opinions and on opinions in society. While I don’t specifically make a case for learning Irish, I do think it’s time people tried to understand why many of us are weak at Irish and other languages as opposed to rehashing clichéd arguments which don’t help anyone.

To start with some commentators think it’s simple! They refer vaguely to outcomes in Wales and Israel as if they prove our efforts here have been an outright failure. But it’s not that straightforward. Long before the foundation of Israel, Hebrew had gradually become a necessary lingua-franca/agreed common language for Jews who had different native languages (German, French, Austrian, English, Modern Arabic etc). So when Israel was formed, Hebrew became a must-have and there was a huge national effort to provide access to learning for children and adults.

In Ireland of the 1920s, learning Irish was not necessary. And since the average school leaving age was incredibly low until the 1970s, most children prior to this era actually left with little or no secondary schooling, let alone Irish. Revival was never on the cards here.

The Welsh are also battling hard to save their language

As regards Wales, the UK Census of 1961 reported 26 per cent could speak Welsh fluently whereas the 2011 census showed that 19 per cent were fluent. So rather than being a perfect example of language revival, the Welsh too are battling hard to save their language. It’s also worth noting that the majority of fluent Welsh speakers are condensed into the “Y Fro Gymraeg” Welsh-speaking heartlands which creates a strong language base to build on. Irish speakers are dispersed throughout the nation which adds to our challenges.

Some critics say the Irish will never be able to learn foreign or secondary languages simply because the Irish education system and/or the Irish government is too inept to make it happen. In fact the UK, USA, New Zealand, Australia all struggle with second/foreign languages. As a broad rule those born in English speaking nations into households without a second language (such as Irish, Welsh, French etc) generally fare poorly at second/foreign languages. Those born with English only, stick to English only.

So while there is much to learn abroad about language success and failures, let’s not pretend there are quick-fix solutions to get everyone speaking Irish. Accepting the context of international perspectives allows us to explore the real reasons for the weakness.

In Ireland it’s common to point the finger elsewhere, I certainly did, eg: “the teacher was crap/the way it’s taught is crap/and the poetry/Péig is crap…” But how can we blame teachers or the curriculum when many of our peers achieved high honours marks in Irish? Did we have average Irish teachers at times? Probably, but then we had them in other subjects and this didn’t hold everyone back. Did the Irish curriculum leave a lot to be desired? Of course, but it’s simplistic to criticise the curriculum of any subject – Shakespeare and trigonometry were no barrel of belly laughs and hardly material for everyday life, either. So as a rule to blame our Irish failures on curriculum/teachers alone is naive.

My attitude was the main problem

My attitude to Irish in school over 20 years ago was my main problem – if I had studied Irish for 40 years I still wouldn’t have wanted to learn it (until my own attitude changed). And as part of personal attitude, we need to challenge the lazy excuse, “I’m no good at languages”! This is a ridiculous assertion for the majority who don’t have a diagnosed learning difficulty. If you can speak English comfortably, you have a proven language learning ability. Whether or not you learn a second language is an entirely different issue but it’s certainly not because you’re “no good at languages”.

There’s also a tactical reason for our poor Irish ability after 14 years of so called “study”. Many of us logically make the decision to focus our study on only six  Leaving Cert subjects for the infamous points system. Irish demanded a lot of effort and I felt I wouldn’t need it in real life. So I rarely took out an Irish book. Little wonder I wasn’t spouting Irish fluidly when I finished school.

This tactic of sidelining Irish was and still is widespread in our schools and is a factor in underperformance. So after giving Irish little attention in school, why then do so many of us bitch when we struggle to piece together a sentence ten years later? We certainly don’t expect to remember large swathes of maths, history or the scientific elements once we stop using them. It’s pretty absurd to expect more from Irish when we don’t use or practise what we have.

So failure at Irish or languages in general isn’t fundamentally due to the curriculum or processes used to teach languages in Ireland any more than it is in the UK or USA. It lies in the complicated melting pot of culture and attitudes which somehow fails to recognise the advantages of languages, and which fails to encourage and motivate students accordingly. In essence, many people are happy with English only and that’s as far as it goes.

The harder you try the easier it gets

Most of us find exams challenging and language learning difficult and I’m not arguing otherwise. But bilinguals just try harder in the first instance; and the harder you try the easier it gets. Bilinguals go beyond books and schools and become immersed in the language; eg thousands of young Spaniards come to Ireland to practise their English every year. How many of us go the other way or commit to meaningful time in the Gaeltacht? Few of us even take languages into third level, which tells a tale about our priorities.

The continental Europeans will use their English regardless of mistakes. They just keep trying and learning which is admirable. As a nation, we’re somehow afraid to make mistakes which makes language learning nigh on impossible. And it’s a terrible shame because while Ireland’s young emigrate in bulk, it’s reported that we’re lacking foreign language skills to fill vacancies here.

Thankfully the Gaelscoil movement is leading the way in developing fluency in Irish which will feed into foreign language skills. However until we tackle the underlying reasons for our language weaknesses, high levels of language competency is likely to remain a minority achievement in nations such as ours.

One thought on “Column: Let’s stop the blame game about learning Irish”