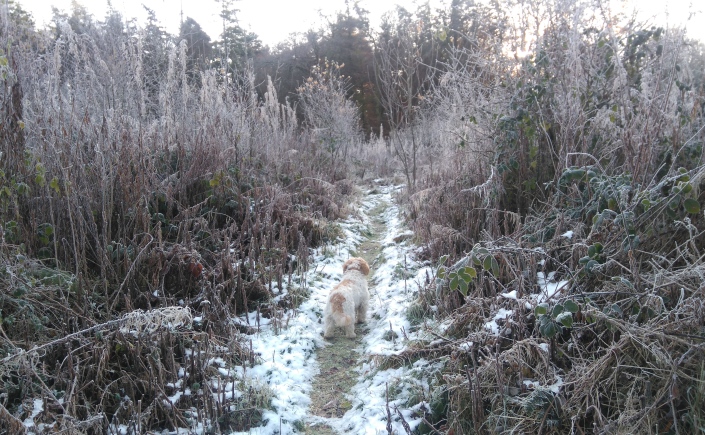 I opened the heavy door and looked into the rich countryside. Everything that I wanted was within view, yet I was reluctant to go forward. This wasn’t a new feeling: I had spent months and years glancing up from mundane tasks, peering enviously out through cracks and holes in the walls, only to finding another task to restrict my own vision. I came to resent my own stammering hesitation – I had stepped out and away from the high bleak walls many times only to later reconsider and slowly retreat, under a pretense of my own imagination, to the comfort of the known.

This irked me because on all previous forays I had never seen or heard anything to give me cause for fear. Indeed not even the unseen noises in the dark ever caused me fright. Admittedly the sounds of raucous laughter and passionate debate that drifted from nearby camp fires had sometimes caused my mind to turn inwards, seeking and always finding vulnerabilities. But to blame the revelers would be unfair: each and every time I summoned courage to approach the smiling faces I was received with warmth, praise and encouragement. No, the malignity was within. And the predator could cut through the knots of oppressive logic which I had weaved from fears, justifications and intricate excuses.

Taking a step forward I left those thoughts to one side and looked again into the distance. I breathed the fresh air, letting it swell my chest. It seemed to taste of deep greens and bright blues, all those technicolored possibilities beyond the cold stone. I wondered what lay beyond the forest clearing, or what it would be like to stretch out and look up at the swaying branches. For a brief moment my eyes rested on an area at the horizon where fields and stretching trees seemed to brush through the passing clouds. Then I wondered what it would be like to stand up there and look back to where I now stood and reflect on the distance I had traveled. So many possibilities. Possibilities that had never and would never be found within the old confines. The destination wouldn’t define this journey, just the possibilities.

I stepped out, as I had done before and promised never to go back.

To see a poem about bringing two little girls to fly a budget kite click here.…