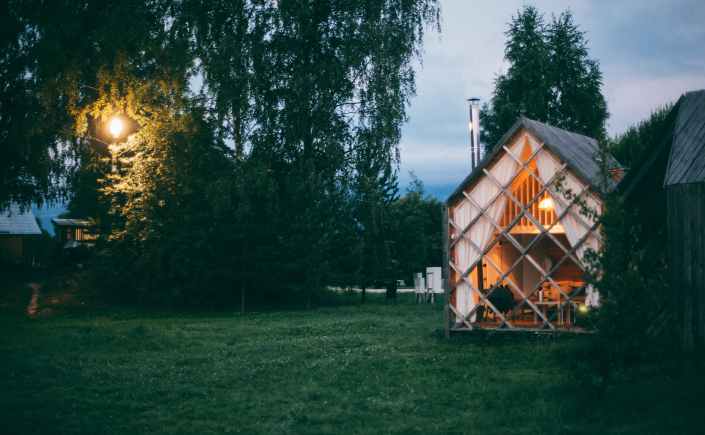 Ireland is getting a new agri-environmental scheme for farmers which aims to tackle issues surrounding: 1) Biodiversity, 2) Water quality, 3) Soil health and 4) Climate mitigation/adaptation. Actions supporting the planting of trees tick all these boxes while achieving so much more. Trees and hedges create a space for biodiversity, sequester carbon, act as windbreaks, improve soils as well as regulate extremes of both drought and flood. Roots filter water keeping rivers and streams free of pollution. Trees also generate revenue when timber is sold. Increased timber usage (even if it comes from the dreaded Sitka Spruce) means less concrete, steel and plastics which are much more polluting and non renewable. Traditional techniques such as pollarding and coppicing create material for charcoal making, fodder production, firewood and fencing. The list of positives for planting trees goes on.

So what format could tree and hedge planting take? Farmers should be allowed to decide for themselves but there are lots of possibilities.

Hedges:
In 2011 Robert Wolton started doing something that had never been scientifically done before: he started analysing the specific lifeforms to be found in a single stretch of Devon hedgerow. The results astounded even Wolton (who by profession is an Ecological Consultant): 2070 different fungi, lichen, plant, insect and animal were recorded along the 85m length of the hedge. More specific details on this report can be found here. Not all hedges are as rich as this but the planting of new hedges as well as the proper maintenance and renewal of existing hedges should be included in the new scheme.

Agroforestry:
Agroforestry incorporates trees into active farmland. Grazing of animals or growing of crops happens between the rows of trees. The current supports for agroforestry in Ireland have generated little interest so something needs to change. Committing to trees on the landscape is a permanent decision, not to be taken lightly. It involves additional work (and fencing) ensuring that browsing animals cannot damage trees during their early years. Stephen Briggs planted apple trees on his productive arable farmland in the UK. The trees reduced the negative effect of hot summer winds which were inclined to stress the growing crops and erode his soil (whilst bare after ploughing). He’s been famously quoted as saying, “Extra land costs money, but I don’t get charged for taking my farm vertical.”  Other sources of information include the agroforestry research center in Loughgall, Co Armagh. They proved that reduction in grazing due to trees was minimal in certain planting structures. John McHugh, a Farming for Nature Ambassador in Offaly has tree lined pathways for his cattle.
Agroforestry will reduce the vigor of the main crop on the ground however advocates such as Briggs claim that the combined output of both the ground crop and the fruit will be greater than a monocrop alone. In addition, Briggs was protecting his most essential resource: his soil.

Fruit Trees:
Orchard planting was supported under previous agri-schemes and was very popular. It would be a no-brainer for policy makers to bring this measure back as traditional apple varieties support a range of pollinators at critical times of the year. Orchards tend to be managed in a low key way, giving space for nature. Having fruit trees allows us to enjoy our own produce fresh from the tree and encourages the idea of growing for local consumption. For those who want to bring it further it’s possible to “stack” agricultural functions in orchards – a process that was standard practice in days gone by. The BBC ran a story claiming that farming in forests could sustain the planet and featured a “multi level farm” in the US where different farming activities occur at different levels in the canopy, maximising the sunlight gathered: ground crops, grazing animals, fruit trees, trees for timber and fruiting shrubs all carefully synchronised to maximise benefit. In Westmeath, Kate Egan, the Farming for Nature Ambassador 2019 integrates fruit trees into her regenerative practices.

Commercial Forestry:
In central Europe it is common practice for each farm to have an area of woodland. As well as broad ecosystem services, trees create valuable timber for the forest owner in due course. Many farmers have been reluctant to engage in commercial planting in Ireland, especially when their land is viewed as “too good for trees”. Perhaps an additional incentive (over and above existing grants) to plant a single hectare could be offered. Conifer species such as Norway and Sitka Spruce while detested by some, produce straight reliable timber that is in high demand for our construction and related industries.
Many farmers have already planted poorer areas on their farms. They realised that “fighting” with marginal land in terms of money and time spent on drainage, rush eradication, reseeding and fertilizers versus actual grazing created is rarely cost effective when the numbers are crunched. In fact the Farmers Journal regularly point out that forestry generates better financial returns than most other farming activities, while also freeing up labour.

Riparian Strips:
Targeted tree planting adjacent to watercourses is proven to reduce nutrient runoff. Such a measure could be targeted adjacent to intensive farming enterprises and would help revive our poor and degrading water quality. They also stop soil washing off ploughed fields. The UN has warned that we face a global topsoil shortage as we lose tonnes every minute around the world.

Woodlands for Nature:
Another idea mooted by politicians was that all Irish farms be encouraged to plant a native woodland. Species in this category are great for nature and address the biodiversity crisis. All the native species fall into this category including hawthorn, alder, birch, holly and hazel. Oak is our largest native tree and studies show that a fully mature oak supports thousands of life forms in terms of lichens, insects and animals.

Natural Regeneration:
Natural regeneration happens when land is uncultivated and tree seeds blow in and grow. Where the ground conditions are right, natural regeneration can eventually result in mature woodland. We often see such areas in Ireland where a wild “scrubby” mix of trees grows on abandoned farmland. Internationally more and more policy makers are trialing versions of this because they are unable to fund the planting and maintenance of trees in vast areas. Furthermore traditional forestry techniques can result in unwanted side effects: e.g., as JCBs dig drainage channels carbon is released. Natural regeneration avoids such issues. Sometimes copses of trees are initially planted in vast treeless areas: these eventually produce seeds that will spread elsewhere. It’s slow but cost effective.
It’s also worth noting that at present, farmers in Ireland are penalised for allowing natural areas of native scrub to develop on farms. Scrub, policy makers say, reduce the “productive / farmable area”. Perhaps now’s the time to allow farmers to earmark these areas for nature instead of penalising them.

Finally:
Policy makers need to ensure new schemes don’t conflict with existing schemes or that rule changes in the future won’t penalise farmers unfairly. It’s worth noting that at present, farmers are penalised for allowing natural areas of native scrub to develop in grazing areas. The existence of the scrub is seen as reducing the “productive / farmable area” which is true in a simplistic sense. However the trees fulfill many positive environmental functions as noted above.  So lots for policy makers to weigh up in the weeks ahead as they finalize the new agri environmental scheme.