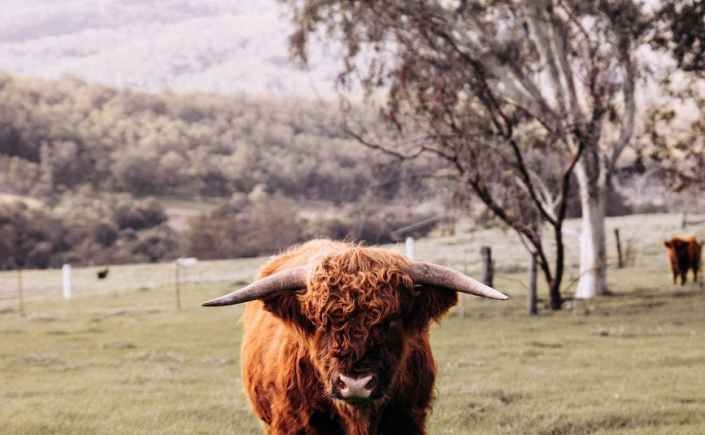 Agroforestry Systems offer a sustainable way to both grow food and timber while also enhancing the environment. With this in mind the National Organic Training Skillnet organised a dedicated Agroforestry Conference in April 2021 to showcase examples and possibilities in the Irish context. In this article Clive Bright farmer (and also of the Organic Trust) reports on what the event had to offer.

The Conference was opened by Minister Hackett. She promised a lot more focus on integrating various schemes to make it easy for farmers to plant trees in different ways for different benefits, especially along watercourses to improve our water quality.

Existing Scheme
Next was Forest Inspector Eugene Curran who outlined the key elements of the current grant aided agroforestry scheme. The scheme has specifications to plant 400 -1000, 90cm trees per hectare, managed and thinned to 150 trees over time. The minimum area permitted is 0.5ha, at least 20m wide. 15% of the trees can be fruit trees, and protection against browsing animals must include two posts and 1.5 m tree guards. Various planting layouts are considered; grid 5m x 5m planting or 4m x 6m layout in rows or even 7m to 10m rows, making up the required tree numbers as clusters in the corners. The trees must be pit planted, with no mounding or draining. There is no requirement for mandatory fertilisers, or spraying and applicants are encouraged to avoid them, so in this regard, the scheme is suitable for organic farmers.

Research In Ireland
Dr Ian Short of Teagasc presented research which proved soils in agroforestry systems can absorb flash floods better and withstand drought better than open pasture. Ian’s research was later echoed by Jim McAdam of the Loughgall Agroforestry unit who showed that the freer draining soil in tree lined pastures allowed for an extended grazing season of 13-17 weeks over the open pasture. This extended grazing season had significant economic and environmental benefits: e.g. the ammonia emissions of animals outdoors are only 6% of housed animals. The carbon stored in soils is also higher in agroforestry systems than open pasture.

McAdam gave the example of a field planted with wide-spaced poplar (14m), under which they sowed barley for six years before putting it down to grass. This trial was very successful because the early years of ploughing drove the roots of the poplar down below the root zone of the crop and, later, the pasture. Beginning as a silvoarable site (agroforestry with trees and crops) also dispensed with the need for fencing from livestock. Because they used a fast-growing tree species, they were able to introduce livestock in only seven years.

A few other take-aways from Jim’s research: damage to growing trees from browsing livestock was considerably less using rotational grazing as opposed to set grazing (yet tree guards are still advised). Trees didn’t restrict machinery work like slurry spreading and topping. Finally it was 12 years before the pasture came under shade pressure from the new tree canopy, and sheep productivity began to drop – so very possible to marry both livestock and trees.

Holistic Farm Planning using Trees.
John Duffy, farmer and farm planner detailed his consultancy work designing whole-farm plans. He used the example of one long sloping field on a farm that crossed three different soil types. Traditionally this field was all managed the same way despite growing quality pasture at one end and being dominated by rushes at the other. Johns approach is to re-zone the farm and implement different tree-planting strategies to marry the soil, slopes, and aspect with the benefits agroforestry can bring. He created a woodland pasture in the low production rushy areas by excluding livestock initially and planting densely with fast-growing pioneer species (alder, birch, willow, hazel). When the trees are strong enough in six to ten years, he will reintroduce livestock and thin the trees as required. The trees will restore the water cycle and soil function, and the managed grazing of the livestock will restore a healthy and productive woodland pasture beneath.

Agroforestry and Livestock Welfare
Ben Raskin from the Soil Association in the UK cited various studies to prove that offering animals the shelter and shade of trees allows them to choose microenvironments to manage their thermal regulation, which significantly benefits production. Providing good shelter at calving and lambing also reduces mortality. Ben noted that some tree leaves have comparable protein levels to pasture, and many have minerals and micro-nutrients that far exceed what is available in the pasture. Cattle can get from 12-55% of their total diet from trees and sheep from 20-76%. The benefits of allowing animals access to browse include reduced methane emissions, resilience against drought and an increased nutritional plane, especially when pastures are lacking.

Another benefit is that the drying effect trees have on the ground makes the area unfavourable for the mud snail, the intermediate host of parasitic flukes; therefore, burdens are reduced in livestock. Tannins in leaves like willow can reduce the size and vigour of internal parasitic nematodes, and trees create multi-angled scratching posts so livestock can manage external parasites. Ben suggested strategically creating fly-repellent groves by planting pockets of eucalyptus or walnut. At a 200 acre experimental farm in the UK, they planted rows of perry pears, interplanted with willow and alder. 27m between the tree rows, electric fenced and ideal for rotational grazing and machinery use. Willow and alder are coppiced for wood chip. Ben observed where they applied deep mulch around young trees; the growth difference vastly increased relative to trees with no mulch. Livestock are allowed to browse palatable species like mulberry, poplar and willow (densely planted and kept at brush height) in controlled bursts and then excluded until the trees are fully recovered.

More of the presentations are detailed here in a separate blog post. If you want to learn more then look up the Agroforestry Conference Recordings are available from www.NOTS.ie

One thought on “The Irish Agroforestry Conference 2021 (Part 1)”