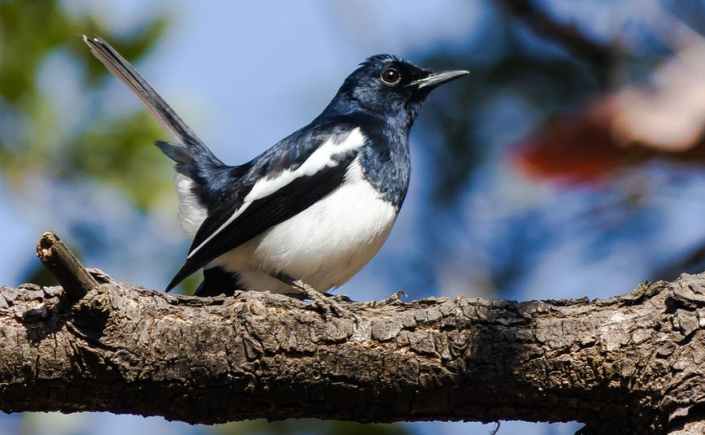 A reader of the column, Brendan from the Castleblayney area, recently got in touch (with the Sustainability Matters Column in the Northern Standard) to highlight the threat posed to wildlife by feral cats and indeed by magpies. The problem as Brendan pointed out, is that cats and magpies have increased in number to the point at which they pose a threat to other species. And because the natural order is out of sync, there are few predators to keep their numbers in check. And so Dermot McNally, a regular contributor to the column decided to do a little investigation on the subject.

Cat Kills
Brendan is quite correct when it comes to feral cats. A well known American Author and birdwatcher, Jonathan Franzen claims that cats represent an “ecological catastrophe” because of the threat they pose to birds and other wildlife. Cats are notorious hunters: one US report claimed that domestic cats kill at least 1.3 billion birds and 6.3 billion small mammals each year in the US. A similar study in Australia found that every pet cat kills about 75 animals per year. In the US, studies place the blame on feral cats for most of the killing while in the Netherlands it’s believed that pet cats can kill twice as much as their feral counterparts.

Peter Marra, Director of the Georgetown Environment Initiative cited research that shows that cats are directly responsible for the extinction of 63 vertebrates and are contributing to many more. And on an artistic level, a renowned photographer Jak Wonderly, won first place in the 2020 BigPicture Natural World Photography Competition’s Human/Nature category for his photo titled “Caught By Cats” in which he displayed the victims of cat hunting. It’s a grim picture but starkly highlights the problem.

Feral Cat Awareness Week
Here at home, the ISPCA run a “Feral Cat Awareness” week from the 1st to 8th August. The organisation estimates that there are around 200,000 wild cat colonies on the island and the number is growing. They aim to raise funds to allow the Trap, Neuter and Return (TNR) of feral cats so as to reduce the wild population. They also make a distinction between stray and feral cats which is useful to point out – feral cats are those which have never been socialised with humans while strays were often domestic pets which were later abandoned or lost. A specific website dedicated to the issue of Feral Cats in Ireland can be found at http://www.feralcatsireland.org

What Can I Do?
Of course if you have a pet cat (as opposed to a farmyard cat who keeps rodents from the meal), the responsible thing to do is to place a bell on your cats collar: the tinkle of the bell alerts would be victims and reduces the cats ability to stalk and track. Other experts recommend that you keep your cat indoors in the early morning or evening when birds are more likely to be feeding. Neutering your cat is always the responsible thing to do – it stops unwanted kittens should your cat get lost and go wild. The ISPCA also discount claims that cat health is increased by having a litter: this is untrue. To the contrary, neutering your pet confers health advantages and reduces the risk of other complications and cancers. Finally they also point out that we can’t assume that all cats seen wandering are either stray or feral – some are certainly domestic pets. Getting your pet micro chipped will help to prevent it being mistaken for a stray or feral cat. For those without cats you might consider reporting feral cat colonies to the ISPCA or even donating to the cost of the TNR programe mentioned above.

Magpies
Moving on now to the issue of magpies. Despite the fact that they are voracious hunters of smaller songbirds there is little evidence to suggest that they are causing a specific problem. According to research in the UK the number of magpies increased over a twenty year period up to 1986 but there was no proven direct link to a decline in other species. In fact it is suggested that habitat quality has a greater influence on numbers of songbirds than numbers of magpies. Professor Tim Birkhead at the University of Sheffield has carried out research over a long period and claims that cats (rather than magpies) are a much clearer problem for wildlife.

It is also interesting to note which species are thought to predate on magpies: In Europe, certain birds of prey (such as peregrine, eagle owl and possibly goshawk) are known to hunt them. However it’s likely that these account for very few deaths: predation by cats and foxes, deaths from starvation and disease and accidental deaths such as hitting cars and windows are the reason behind most fatalities.

Thanks to Brendan for the original query and apologies as we can only scratch the surface of species which are out of balance on a local or national basis. Nature enthusiasts will know that may other animals could be added to the list: deer, fox, pigeon or mink population to name a few. Finally have you a topic you’d like to see addressed? Or would you (or someone you know) like to contribute to the column – if so get in touch and we’d be delighted to collaborate if possible!