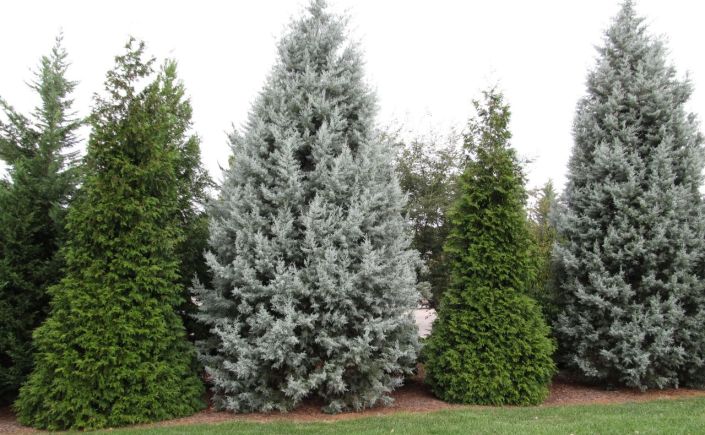 The Right Tree, in the Right Place…

Governments around the world are pledging to plant millions of trees to suck carbon out of the air. However the various stakeholders have differing views about the best places and species to plant. Dermot McNally reviews a range of contrasting viewpoints on this hot topic.

Firstly a report commissioned by the Royal Society for the Protection of Birds (the RSPB) in the UK claims that commercial tree plantations are less effective as carbon stores  than previously thought. More than half the harvested timber is used for less than 15 years (e.g., pallets, paper and fencing) and a quarter is burned (biomass) – thus returning the captured carbon to the atmosphere. Therefore to claim that forests are “long term carbon stores” is not accurate they say.

Furthermore it’s now widely agreed that planting deep peat soils with conifers has been a carbon and environmentaldisaster – peat bogs sequester vast amounts of carbon from the soil without any human intervention. Tree planting typically involves large scale ground drainage works which disturbs the soil and interferes with natural hydrology. We also know that bogs are fantastic sponges to retain water during heavy rains and this ability is reduced. And to make matters worse, the timber harvested from boggy lands is often of an inferior quality meaning that the vast majority ends up as biomass or paper.

The forestry industry acknowledge that mistakes (such as planting peaty soils) were made in the past. In the rush to increase forestry area (and timber supply) they planted the cheapest and most readily available land, i.e. hard to farm bog-lands.

On the other hand foresters and timber processors say that using wood for pallets, paper and fencing is still preferable to using other materials (such as metal or plastic) which could be more environmentally detrimental. Equally biomass (chipped wood) often replaces the burning of oil or coal for heating and at least is closer to being carbon neutral. Foresters point out that if we stop planting fast growing conifers here then it simply pushes the problem elsewhere and results in the importation of similar material from elsewhere. And if carbon capture is our goal, harvesting the timber is essential: the rate at which tree’s sequester carbon slows and stops so better to cut and replant and lock up more carbon.

Wildlife organisations are also very worried about the effect of vast swathes of monocultural non-native trees on biodiversity, especially wild birds whose numbers have fallen substantially in the last few decades. Prime agricultural land on deep mineral soils are rarely available for forestry (due to their price and demand for agriculture) so planting happens instead on lands which have been managed less intensively – areas where some rare species still thrive. Tree advocates argue that to protect all these areas would bring forestry planting to a virtual halt: it would be better they say, to pick outstanding habitats and areas of high biodiversity and forest areas which have already suffered heavy species decline. Irish forestry law tries to balance these demands by specifying that up to 25% of new plantations are left for biodiversity and broadleaves. It’s not enough say the Irish Wildlife Trust but it’s certainly a big improvement on the 1970’s and 80’s when up to 100% of the land area of new forests were planted conifer hedge to hedge.

Elsewhere some scientific studies in Europe show that by changing the species of forest (i.e., moving from mostly broadleaf forests to conifer forest) we have experienced different outcomes. For instance conifer forests absorb more light due to their darker colour, hence trapping heat that would otherwise go back to space. They also release less cooling water into the atmosphere through evaporation. Equally, expanding conifer forests further into northern Europe (Scandinavia and Russia) reduces snow cover and reduces the area to reflect winter suns, all gradually adding to heat retention. Science will be busy adding all the pros and cons for some time to come. 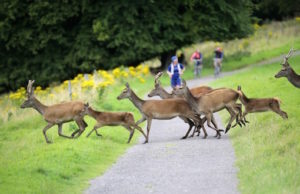 Meanwhile the outgoing and incoming Chiefs at UK’s Forestry Commission are both adamant: conifers are needed to sequester carbon. For instance, Douglas Fir captures four times the carbon that a single oak does due to its relatively quick growth rate and it’s ability to grow close together (and straight up). Broadleaves are still needed but all agree that squirrels and deer need to be controlled if the young saplings are to get out of nappies without being eaten. Control of wild animals causes controversy: animal rights activists recently stopped a planned cull of deer in Killarney National Park: Park management claim the deer are causing a range of difficulties including eating too many tasty young trees. There’s very little straightforward.

To conclude then, few expect planting rates in the UK or ROI to return to the heady days of the 1970’s or 1980’s however the pressure will continue to get saplings in the ground.